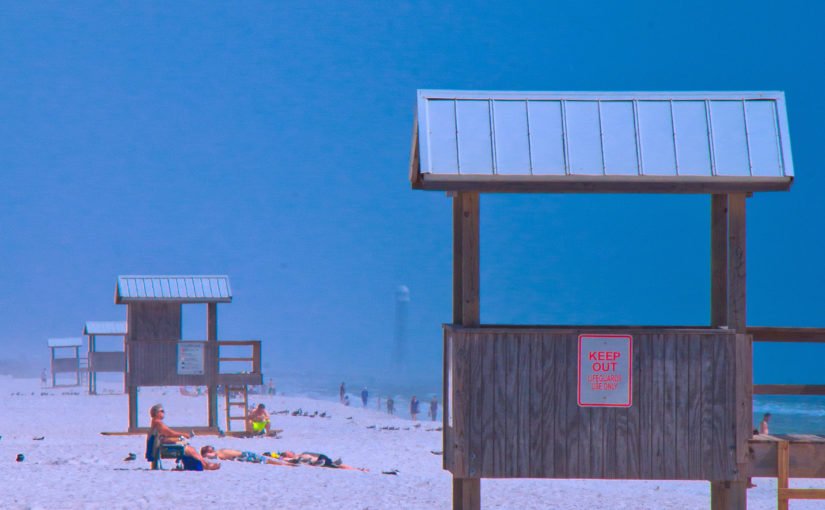 Last month, we discussed how some politicians in Tallahassee, the Florida State capital, were playing politics with the future of Visit Florida, the State’s destination marketing organization. That fight isn’t over as we’ll report.

This month other politicians both here in the USA and in other parts of the world are having influences on tourism in ways they cannot predict.

Good news however is that Culinary Tourism is booming. Read on….

The move by Speaker Corcoran to de-fund Visit Florida continues, although he has indicated that he no longer wants to close the organization down, merely to limit its ability to operate and drastically reduce its budget. Governor Scott is fiercely fighting this along with the Tourism Industry and it would appear, members of the Senate. The fight is not over and if you’re involved in the industry in Florida, I urge you to a) contact your representatives to support Visit Florida and b) attend Tourism Day in Tallahassee this month to lobby in person. Please contact me if you need details of how to attend Tourism Day.

In what promises to be a difficult year for international tourism, further obstacles are being dreamt up by politicians on either side of the Atlantic.

The strong US dollar has the potential for discouraging European tourists in particular from visiting the USA this year. Some of those European economies are not strong currently and the USA could be expensive for them.

We now have the three year-old dispute between the EU and the USA over visas. The EU parliament consider that the countries of the community should be considered as one (that has resulted in the UK wanting ‘out’ with their Brexit vote), although the US still recognizes individual states. The US has refused to allow some EU states access to the Visa Waiver Program which allows visa free travel into the US. Poland, Croatia, Bulgaria, Romania and Cyprus don’t meet the US security requirements. The EU has said that either the US accept these countries or all US Citizens will require visas to visit any EU country.

This is an old dispute and has now reached the ‘Who blinks first’ stage. Despite the strong dollar which makes overseas travel attractive, American tourists would be very discouraged if they were required to get a visa. Europe needs those US dollars after a lackluster 2016 tourist season following terrorist attacks, and although advance demand has been strong, it wouldn’t take much to scupper that.

Traveling the other way – east to west – is also potentially threatened. I mentioned the strength of the dollar being a hazard, but what has been called the ‘Trump Effect’ is apparently causing a softening of travel demand. I’m not making any political points, just reporting on figures coming from sources in the tourism industry.

It appears that first announcements of a travel ban had a detrimental effect on European tourists plans to visit the US. I’ve been asked why, say, a German tourist would feel threatened by a ban on travelers from certain middle east countries. I can’t answer that easily, but believe me they are worried. Even the UK tourists who believe they are part of a ‘special relationship’ with the US, are as a group being cautious. Suffice to say that enquiries for flights to the US are down an average of 22%. Tourism research firms are projecting a loss of 6.3 million visitors ($10.8 billion in lost revenue). The tourism board of New York City has predicted that 300,000 fewer tourists will visit than did in 2016. Previously New York was predicting an increase of 400,000. Philadelphia has already lost one conference worth an estimated $7m as a result of the proposed travel ban.

Even the Canadian market is seeing a drop in the number of tourists intending to travel below the 49th.

That’s International tourism of course and it’s been suggested that it won’t affect US destinations that don’t cater for Internationals (like Northwest Florida, where only 1% of tourists are from outside the US). That may be true, but of course the markets that attract overseas travelers are hardly likely to sit and do nothing. They will want to find domestic tourists to replace the foreigners and they are not averse to creating marketing campaigns and making offers to lure those domestic guests away from places like the Northern Gulf Coast.

As the old Chinese curse says “May you live in interesting times”.

It’s not all bad news though…..

95% of travelers have said that they engage in unique and memorable food or beverage experiences while traveling, according to the World Food Travel Association ( I guess that they would say that!). Another research organization, Destination Analysts, claim that 50.7% of Millennials won’t visit a destination that doesn’t have good restaurants – although they don’t define what makes a good restaurant.

Certainly the younger generations are having a strong influence on their parents and grandparents when it comes to food. A recent report by the HAAS Center (part of the University of West Florida) was created to examine tourism trends in Okaloosa County (home to Destin, Fort Walton Beach and Okaloosa Island). They found that although tourist spending in restaurants in the county increased in 2015 more than 15% over 2011, its revenue per seat had grown only 12%, where peer and competing counties had grown by 28%. The competing counties are where most (but certainly not all) of the new and more creative restaurants are found. Interestingly, the area has seen an increase in the number of up-scale grocery stores (Whole Food Market, Fresh Market and Publix). Whereas in 2011 tourists spent twice as much in restaurants as they did in grocery stores, it’s likely that 2016 will see tourists spend more in grocery stores than in restaurants for the first time.

The take away (sorry!) is that those tourists are seeking culinary experiences, and finding them.

Which brings me to the really good news for my home area. I recently attended the Florida Restaurant and Lodging Association’s annual awards ceremony for the North West Florida region. The display of talent at that event was stunning. The quality of the areas chefs, wait staff and managers was exceptional and their depth of knowledge, experience and creativity was at least a match for more recognized tourist areas. A similar level of expertise was evident in the hotel, resort and accommodation sector.

That Culinary Tourism is growing makes really good news for the industry as a whole. It’s also great for The Northern Gulf Coast of Florida. The Tourism Industry worldwide is going for Culinary Tourism in a big way from the traditional destinations of Europe to the New World and areas like Australasia. Even Costa Rica getting in on the act. Don’t underestimate the Cruise lines either.