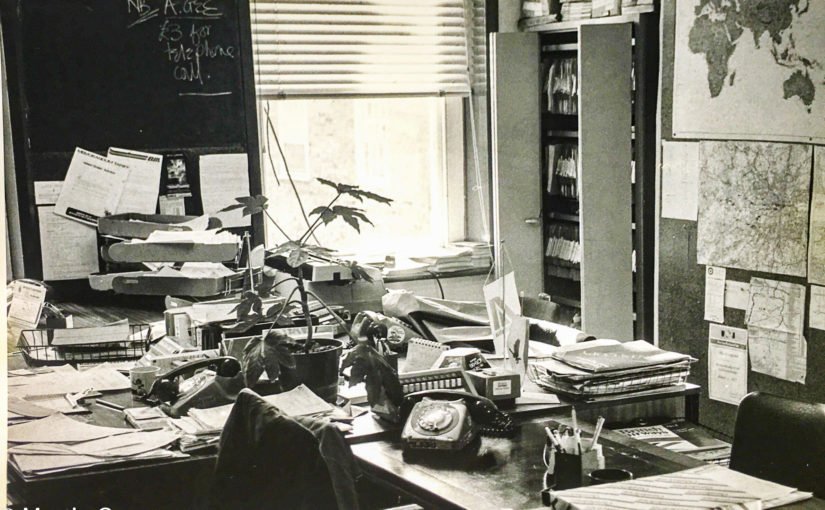 I read an article recently that prompted me to think about how the purchase of travel, and associated products, has changed over the years. More importantly it made me think about how things have stayed the same.

The article was published by organization Tnooz, which is a global provider of news, analysis, commentary, education, data and business services to the travel, tourism and hospitality industry. A sort of Owen Organization on steroids! It was pointing out how travel marketing has become more frustrating than ever because the cost of acquiring customers in the digital age has become very high. The article can be found here http://ow.ly/swbP304mz1e

Back in the ‘80s and ‘90s I was involved in a company selling long haul travel to people in the United Kingdom. The customers wanted to buy air tickets, accommodation and tours that would allow them to travel to Australia and New Zealand. Naturally this wasn’t an impulse purchase, and certainly in those days, it would be termed ‘a trip of a lifetime’. We found that although the customers would phone our offices and have long, long conversations about their proposed trip, many of them wanted to actually visit us in person. I’m assuming they wanted to make sure that we weren’t going to take their money and disappear into the night! These folks would travel a great distance to see us, often half way across the country. They’d arrive with great folders of information that they had gathered over a period. By the dates of the ads they’d torn out of newspapers, we could tell that they had been collecting info often for some years.

It wasn’t just one or two travelers who behaved like this, it was the majority. I guess that if you’re about to have the ‘trip of a lifetime’ then you would be tempted to take a long time in putting it together. The trouble was, that this was’t in general, a one off trip.These customers were ‘frequent fliers’ with us, although frequent meant once every two or five years.

That didn’t mean that they only travel to our destinations, but went on other excursions in the intervening periods, and presumably they put as much research into those trips as they did with the flights ‘down-under’.

That process all happened in the pre-internet days, when research meant reading magazines and newspaper articles. It required the tearing out and keeping of numerous ads from the travel sections of the national press. Watching every travel documentary they could find was almost compulsory. These customers knew more about ‘our’ destinations than we did.

The internet and the World Wide Web changed all that of course. Instant access to information, price comparison sites, peer reviews and OTAs – on line travel agents, have consigned all that to the dim and distant past. Or has it?

More recently I’ve worked with travel companies and destination marketing organizations who have been grappling with how to best spend their money to acquire customers. A great deal of thought has gone into when and where to place ads. Given the ability to track responses to digital ads and to measure the open rates of newsletters it’s understandable that those in charge of the budgets want to know, definitively, what is working and what isn’t. This is all well and good if we assume that all travel decisions are made on the fly and travelers do the same thing year after year.

Making those assumptions – impulse buys and repeating past decisions – encourages the marketeer to place trackable ads and then cease making ad buys that don’t result in immediate bookings, or at least bookings that can’t be linked to a particular campaign. However we must look at the the way people actually book.

A customer sees a print ad in a glossy magazine that prompts their interest. They ‘file’ that away in their memory either consciously or more likely unconsciously. They don’t remember the phone number in the ad, or the ‘trackable’ URL. While driving they hear a radio ad about the same destination. To be honest it’s unlikely they will stop and write down the phone number or URL and so, that’s just another memory. By some miracle the potential traveler either sees something on-line or maybe even searches for info on their iPad or phone. They may bookmark the info for later or perhaps even respond to the ad for more information. Enter the dreaded cookie that tracks their every on-line move, and suddenly every on-line ad they see is about that particular destination, hotel, airline or cruise. Magic! The DMO, or advertiser now knows everything about them and sends out teasers and newsletters. The success of those original print ads and radio spots is called into question. They did not, as far as the digital marketeer knows, result in a booking so it makes sense to stop that particular channel spend.

Our potential traveler now responds to the email they have received. They may forward the email to a fellow traveler or they may just click on a link. More likely, they’ll just remember the general email rather than the full link to the page they viewed. They’ll then go another device – the work based PC, or a phone or other screen to get more info. Of course there’s no cookie following that move, and they may even be using different email address for each inquiry.

Although as marketeers we may rewarded with the trackable booking, it’s more than likely that the ‘thread’ of the booking is lost numerous times.

Another distraction is the length of time it takes to make a decision. I can’t remember the number of times we’ve seen a destination on a movie or in a magazine and said we must go there – this year’s out of the question because we already have plans but next year’s a possibility or the year after…..

Down here on the coast of the Gulf of Mexico we had the tragedy of the Deepwater Horizon oil spill in 2010. The resultant exposure that region the received was the silver lining in that particular cloud. BP were forced to spend millions in the following years. CVBs along the coast worked together to promote the area but more importantly the media (bless ’em!) flooded the airwaves with images of our pristine sugar white sand and emerald green waters. Whatever their apocalyptic message was at the time, the names of Destin, Panama City Beach, 30A, and Pensacola became embedded in the psyche of people who had never heard of us before. Since then, tourism numbers to the Gulf Coast have continued to rise aided by the activities of CVBs (often in spite of the efforts of CVBs!). The area has even attracted groups of visitors who would never have thought of coming previously and now remember that the Gulf is a place to go, even if if they can’t remember what lead them to that thought.

So, have things changed? Maybe. The ability to track the source of bookings is there but definitive answers to what works is absent in the vast majority of cases. Although tourists make last moment buying decisions, those are usually based on ‘bucket lists’ formed over a long time.

To go back to original thought, that it’s becoming more difficult to know where to spend your marketing dollars, yes it probably is. There are many more channels, more opportunities and higher costs. However, people behave in much the same way as they always have.

The more things change, the more they stay the same.